My morning got off to a little bit of a frustrating start because it’s hard to “Sprint Ahead” when you don’t have any network service.

Apparently here in the Cleveland area, it’s been a problem to connect to someone and keep connected. I’ve called two people already this morning and our conversations are cut short by a disconnect. It’s not just my phone because the two other people I’m calling also have Sprint. My mother doesn’t have any problem connecting but she lives south of Cleveland and she’s dialing out like she has the Verizon network of 8 billion people behind her. Me, on the other hand, I have Sprint network of zilch. (I don’t know if I’ve ever used that word in a post before.)

While I’m on the topic of phones, I’d like to talk about my dying satisfaction with the Samsung Instinct. Sprint has been promising upgrades to the phone but they don’t roll out when they’re promised. They also have done nothing but make my phone more buggy. I’m not happy with the fact my phone locks up more (after the alleged updates) than when I first pulled it out of the box. If I’m on a three way call and someone text messages me, forget it. I’m wading through screen after screen of different notifications just to get back to my information about the current call.

Samsung and Sprint still have to do something about the virtual keyboard. So many people have a problem with it and how it’s arranged. I can’t type a text message without bobbling a letter and resulting in a misspelled word to save my rear.

Instead of recommending the phone to people, I’m telling them to get an iPhone if that’s really what they want. I’m playing with my iPod Touch more and more and finding out that Apple really gets it. They seem to design products that people enjoy. I’m thinking about pitching a real complaint to Sprint and maybe even trying to get off their network. I’ve recently been nothing but unhappy with the phone they marketed and sold to me. The service, with the exception of this morning is acceptable.

Hope this problem with the service is temporary. I also wish there was a place on the Internet that they’d post information about outages so everyone could go to that page to find out what was wrong and when the problem would be fixed.

For now, I’m sitting and using the Internet for my only form of connection to the outside world. I’m just jogging instead of “Sprinting” ahead. 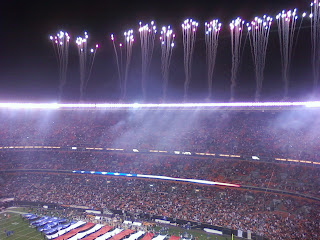 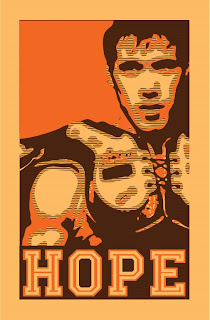 The “Q” was my mp3 player. I used a Plantronics stereo bluetooth headset and/or Motorola (you can see what happened to it – currently being replaced by Motorola) At any rate, I don’t think the Instinct’s volume through the Plantronics is loud enough. I’ve cranked up the volume on both the phone and the headsets. I could still hear ambient noises.

I like the alarm feature that allows you to choose the Monday through Friday feature. That’s something the “Q” didn’t offer.

The constant “locking” feature is annoying. As of this writing, I haven’t found a way to control the timeout feature, there may not be one. I just wish it would dim the screen and allow you to wake it out of the standby mode by touching the screen. Again, this is something that’s not a choice for the user to decide. Sprint Challenges The iPhone with the Instinct

I joined a bunch of other people around the nation running out to the Sprint store on Friday to get the new Samsung Instinct. I admit it’s a little bit of a novelty with the touchscreen but it does have some great features. Here’s my review after playing with phone for two days.

The pros:
The unit has something called haptic feedback. The device emits small vibrations in response to your touches.

You get two batteries with the phone. You can charge the extra battery in a vault-like case that runs off the same plug that powers the phone.

The GPS Navigation is great. I don’t even need my Garmin anymore. Turn by turn directions with text to speech easily will get you where you need to go. There are no maps to buy because they come from the Internet.

You’ve got a two megapixel phone. It also doubles as a camcorder. The pictures look good. Good luck taking photos at night. There is no onboard flash so you’re limited to the light you have.

The messaging and e-mail applications are intuitive. All of your conversations with one person are archived and displayed by their names. You don’t have to worry about scrolling through endless text messages to find the appropriate message. The onscreen keyboard is easy to use but they put the backspace key so close to another one that you often hit it instead. Hopefully, this will be addressed in future firmware. You also have easy access to Yahoo! and GMail.

Web browsing is fast and you can chose between mobile and full screen modes. Using the latter, you can see webpages like you would on your home computer. The EvDO network is fast but the Instinct lacks WiFi connectivity.

The cons:
The power adapter is not USB. It is Samsung’s proprietary connector. When you attach the phone throw the Samsung adapter to USB cord, the phone won’t receive incoming calls or allow you to call out. At that point, the phone basically turns all of your phone features off.

The Instinct defaults to the “Favorites” screen. I would rather have at least the option to customize it to the “Main” screen.

There is nowhere to put the stylus inside the phone. What to guess how long I’ll have it before loosing it?

The ringer volume is not so hot. I’ve missed several phone calls and I have the volume cranked.

If you’re used to a smartphone… Instinct doesn’t run on the Windows platform. Don’t expect to hook your phone up to your computer to drag and drop. To download custom ringers and mp3 files to use as ringtones, you’ll have to get Polyphonic Wizard to upload midi ringers and try something like myxer.com to upload the mp3’s or wma’s. This caused me the most grief and time to accomplish.

Differences:
These are goods or bads but just somethings worth noting:

I miss having the keypad at my disposal. On the Instinct, you have to switch screens for the keyboard and that can be a little frustrating at times.

You can’t group your contacts together (i.e. family) and share the same ringer for all of them.

So far, I like it but there are some big features I miss from my “Q”. More reviews and tips and tricks ahead in the coming days and weeks.