I’ve experimented a couple of times on where to put the pub table I got from Bombay Company. I didn’t like it this way on the other side of the picture. There isn’t enough room for the person sitting next to the wall to comfortably enjoy the dining experience. Here’s a shot of it on the “good” wall under the picture. I also think I’m gonna have to find another picture for the other “bad” wall and possibly something to stick that vase on!

Note: before anyone gets crazy, those aren’t the bar stools that I’m going to use. They are there for effect right now. I can’t get everything at once. Geesh! The pub table from the opposite angle.
Comments??

Preface: The holiday hustle & bustle has kept me from blogging in a timely fashion. Believe me, I’ve heard from the people who say I should get back to work.

2007
I will not look back fondly at 2006. I am, however, optimistic about what lies ahead in 2007. It holds endless possibilities for me and the rest of my life.

I’m still searching for just the right pub table to complete my dining room. I’ve found one at Bombay and it’s on sale so I may go for it. I’m also looking for a good futon for the second bedroom.

So what did Christmas hold for me? I got some new shoes and they are stylish. My mother found them for a deal. I got some new sheets for my bed. Some new Hollister cologne. My traditional proof set. Some gift cards and last but not least, a comic book and toy snowmobile from my nephew. (late edit) And a fish tank delivered by Santa UPS from Bruce & Jennie! 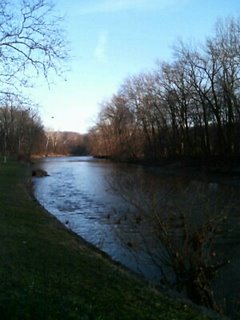 Sunny ‘ in the 50’s, a big difference from the post less than a week before, see December 7th’s posting!

Okay, here’s the deal, I don’t like “Merry Christmas”. I know I’ll be met with some opposition, some saying I’m un-American for saying so but I’ve always thought “Merry” was a little awkward. Thinking back through the past year, I’ve only used the word when referring to my Aunt, who is named “Mary”. Never I have wished anyone a “Merry” birthday, or a “Merry” day. I’ve always used the word, “Happy” to imply my deepest positive thoughts for an event or a day. When I think “Merry”, I think medieval or old school.
I don’t want anyone trying to accuse me of trying to emulate the British because they say “Happy Christmas”, instead of “Merry Christmas” but maybe they have a good notion going.
For the record, you will not be getting a “Merry Christmas” out of me this year, it will most definitely be a “Happy” one, but expressed with the same sentiment as the “Merry Christmas” of days gone by.
So feed the world and “Happy Christmas!” 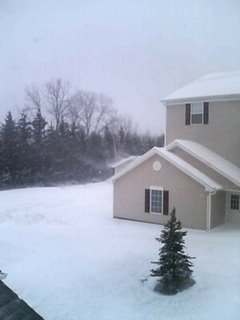 Ever just wonder where you came from… Who roamed this land before you were even thought of?
I’ve been doing some research on my family tree and found some interesting things.
My great, great, great grandfather served in the Civil War for the Union. I even have a picture of him. You can see it to the right of this paragraph.
He’s my mother’s mother’s father’s father’s father. Follow that?
I’m getting all of these pictures for a project I’m working on for my family. I must admit, it’s very interesting and almost enlightening to find out about your family tree.
I’m lucky to have a person in our family who’s been scanning and keeping all of these pictures!

Okay, I’m going to try to get this blog a little interactive. I want to know what your top 5 Christmas songs are. You can simply like a song without naming an artist or just get specific.
Here are mine: