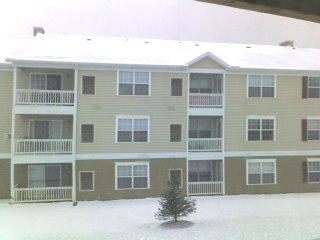 I have to admit I moved back to Ohio to experience this but NOT IN APRIL! Yes, I’m getting cabin fever and long for the days when you can be outside in shorts and get a good run outside without having to get on the treadmill. The Indians almost got their home opener in yesterday (Thanks, Grover for the discussion with the umpires!) Today, they cancelled their double header with Seattle. Mother Nature gave us a good taste of Spring with a record breaking high last week and then the bottom dropped out. I am ready for another season. That is why I’m happy I’m back in Ohio. No two weeks of winter or one week of spring and fall. Just give me Spring. By the way, I don’t think the saying goes, April SNOW showers brings May flowers…