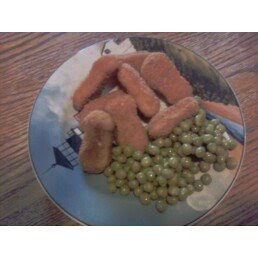 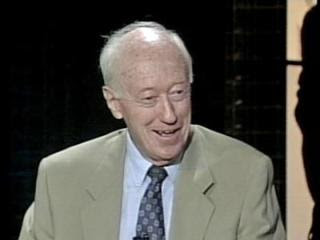 I’m deeply saddened at the passing of Tom Haley. He was a Cleveland broadcasting legend. I’ll so glad I had the chance to know him personally.

Viewers of “Today in Cleveland” remember him as the gruff, grumpy and cantankerous host who sat next to Del Donahoo for decades. Tom would get viewers’ mornings going announcing “Heeere’s Hank” and then you’d see a rooster crowing. The rooster was named after a former production technican named Henry. Tom would ring an old bell just to make sure you were ready to start your day.

That was the person many viewers knew, I got to know the person behind that facade. It’s ironic the man who loved St. Patrick’s Day so much would pass away on March 17th. For years, he and Del would take part in the parade downtown. Del would ride in the “Folkswagon” and Tom would walk the route.

I remember watching Tom and Del while getting ready to board the bus at my grandmother’s house. When I started my intership at WKYC, I worked in the Promotions Department. Tom was part of that department. Part of my responsibilities were to get his community calendar information ready for him the day before it would air on “Today In Cleveland”. When he would come to get the information, he always would have a barb he’d throw at you, but he’d walk away with a smile.

When I worked overnights as a producer for the morning show, I’d help him with some of the weather information. It wasn’t organized so I helped make the task a little easier for everyone involved. I got to work with him on his movie reviews. I’d put them on a tape so he could pick a soundbite for the show. A lot of times, I’d sit back in the viewing area and talk to him about his career and listen to his advice. I think sometimes it was that encouragement that helped keep me in television. Tom, I’m still not sure that was a good thing. I’d love to hear your thoughts now.

Tom could really make you smile, whether it was insulting Martha’s coffee, throwing a harmless insult at a co-worker or just telling a joke. He was one of the good people in television, one of the people who understood the business more than some people do today. He’d tell me it was all about putting good TV on TV. He’d tell me never let someone else get the best of you in this business. He’d tell me he knew I was one of the people who’d make it in this business because I had the intelligence and the drive to keep going when frustrations ran high. He’d smile at me when he knew the day wasn’t going particularily well.

I appreciate his influence on my life and my career. The last time I saw Tom was at Martha Donahoo’s viewing hours. I told him, I believe, promised him we’d get together for breakfast. That was a promise I didn’t keep. I wish, however, I had followed through just to get some final thoughts like he gave on “Today in Cleveland”.

So here’s a final thought that Tom once told me about when he made a mistake, he said “I always tell them I’m just practicing being human.”

Here’s to you Tom, I hope your life was “filled with love and some peace too…”